So I guess we need to talk about this.

Here’s my prediction:  tomorrow they officially reveal Red Dead Revolution, for a Spring 2017 release.  While I’d love to see a protagonist that isn’t an older white man – a POC, a Native American, a woman – I don’t think it’ll happen.  I would be surprised to see it as a pure sequel to Redemption; most Rockstar franchises exist independently of each other (with the notable exception of Max Payne, and even then that was Remedy).

The fact that there are seven characters in this image implies that there’ll be some sort of online posse element to the game; Redemption‘s online features were pretty great, all things considered, and considering how well GTAV online is going, I would imagine that this new game will incorporate a lot of those ideas.

But beyond that, I’m not going to speculate, since I’m almost always completely wrong about everything Rockstar does.  I will say this, though:  The Witcher 3 is now my gold standard for the open-world adventure, and when I played Witcher 3 it reminded me of Redemption in all the best ways.  So while I’m obviously incredibly excited for whatever this game turns out to be, I’m also setting some very, very high expectations.

I have not yet bought PSVR, but I’m seriously starting to think about it.  It’s the only VR system I can sort of afford, and it seems to be getting pretty positive reviews, and I know it’s only a matter of time before I succumb to peer pressure and buy it anyway.

It might be the thing that keeps me interested in gaming, actually.  I’m finding myself having a harder time staying engaged with what I’m playing these days – I’m not sure if it’s because of the new head meds I’m on, or if I’m just not playing anything all that great, or what, but I’m not feeling particularly gung-ho about anything right now.

I gave up on Mafia 3 after about 30 minutes with it.  The very first mission glitched out on me, and everything about it felt janky.  I very much appreciate and respect what the narrative is trying to do, believe me; but my limited time and my dwindling reserves of patience make it difficult for me to give anything the benefit of the doubt.

I am holding on to my rental copy of XCOM 2 for a little while longer, even if I’m still terribly intimidated by it.  I’d like to at least get a few more missions into it before deciding whether or not I should bail.

I had promised a buddy that I’d play Gears 4 in co-op with him, but he was away last week and so I ended up playing the prologue and a tiny bit of the post-opening credits sequence.  I don’t really know what to say about it; it’s Gears, looking as spiffy as ever, and there’s lots of shooting and hiding in cover and such.  At this point I feel like co-op is probably the better way to play it, since at the very least I can tune out the narrative.

I played the new Croft Manor DLC for Rise of the Tomb Raider; whoever described it as Lara Croft’s Gone Home is pretty much right on the money.  I’m missing 2 artifacts, and while I’m eager to break the 100K Achievements mark, I don’t know if I care about it enough to go back and hunt them down.

I also finished Virginia, which had been getting some rather intriguing press of late.  I found it interesting, but I’m not 100% sure I understand what I saw; the use of jump-cuts is rather unique in game storytelling but it’s also the sort of thing that calls attention to itself, and if it’s not serving an apparent purpose it really just becomes distracting.  I found it pleasantly enigmatic but it’s not sticking in my head the way it is for others; so it goes.

Lest you think I’m just shitting on everything I touch, I do need to salute Picross 3D: Round 2.  I’ve gotten a Rainbow medal on every puzzle; the only thing I could conceivably do is go through each puzzle where I made one mistake and try to ace it instead.   It’s the most enjoyable puzzle game I’ve played in ages, and I must admit that it was nice having my 3DS back in my rotation for a little while. 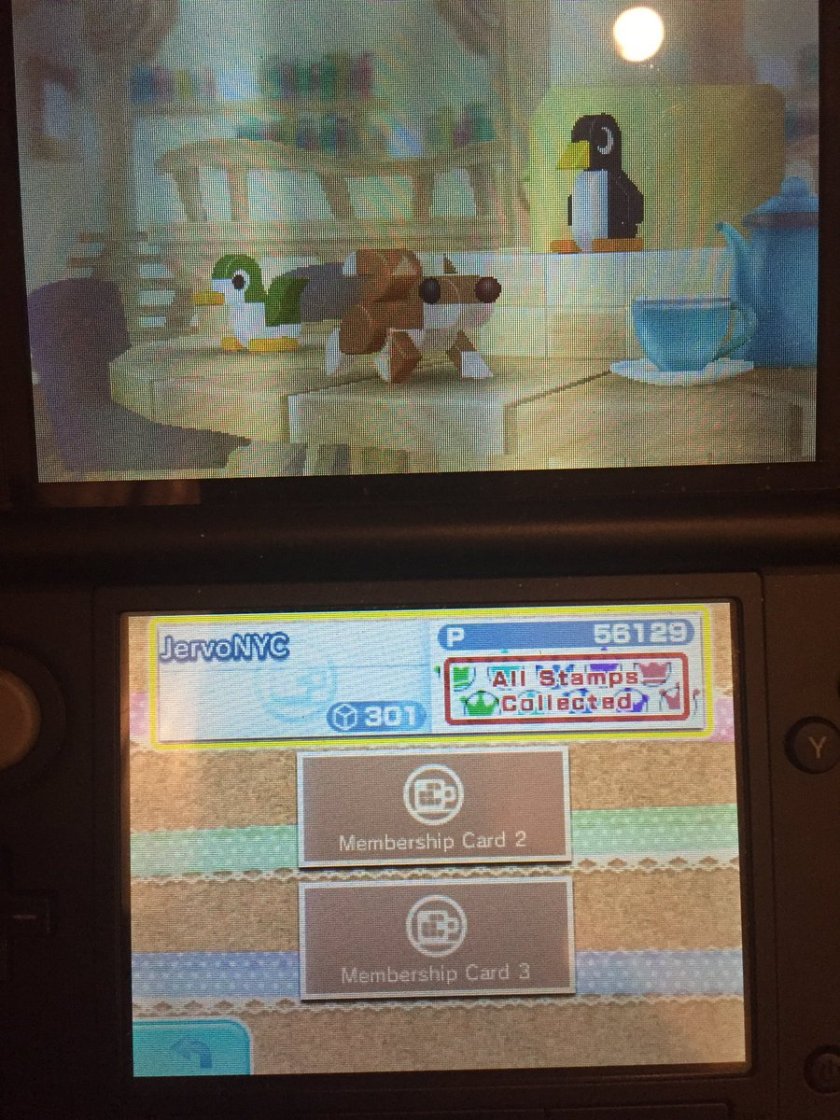 I am most likely sitting Battlefield 1 out, and I haven’t decided if I’m going to rent Titanfall 2 or the new Call of Duty either, which means the next thing on my must-play list appears to be… Dishonored 2.