1. I have many thoughts about Metal Gear Solid V, but they’re not going to be appearing here.  I will of course let you know when and where you may find them, but for now, just know that this is happening. 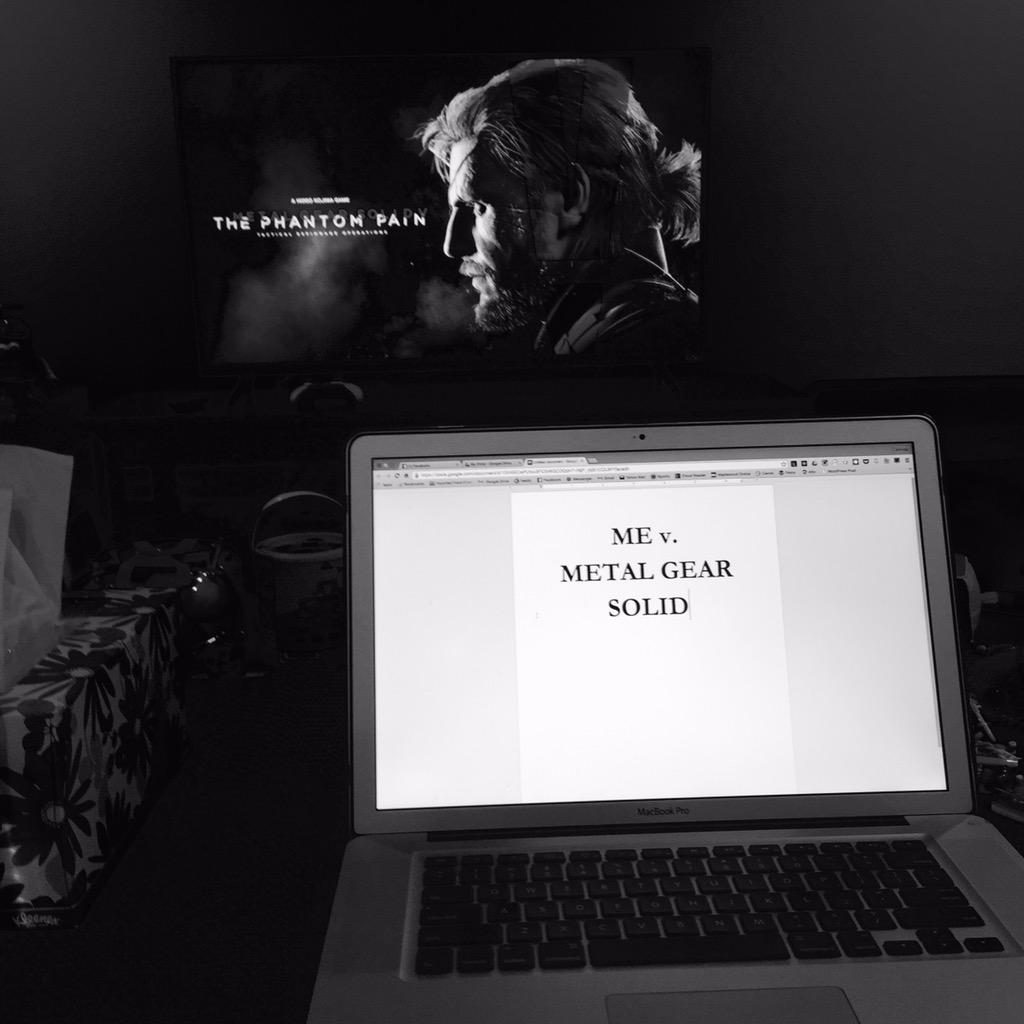 2.  I have few thoughts on Mad Max in videogame form; the game is very bad, and I do not like it.  I feel very strongly, at this point in time, that there’s no shame in having a conventional control scheme for your third-person action adventure / brawler, and so when I try to play your game and can’t fucking do the thing I’m trying to do because your control scheme is completely insane and backwards and non-intuitive and wrong, then that’s your problem, not mine.  I’m not particularly surprised that the game is not very good; I did admit to having high hopes for it, sure, but I didn’t actually expect anything worthwhile.  I at least expected a competent control scheme, though, and the simple fact that they couldn’t get that right tells me more or less everything I need to know.

3.  It’s been a little while since I did any sort of book round-up.  I did end up finishing Nick Harkaway’s Angelmaker, which was pretty good; and then Edie Investigates!, which is a side-story to Angelmaker that’s so short that I started and finished it in one 30-minute sitting; and then I just finished Lauren Beukes’ The Shining Girls, which has a really interesting premise (a time-travelling serial killer and the victim who tracks him down) but which isn’t executed as well as it might’ve been.  Now I’m reading Karl Ove Knausgard’s My Struggle: Book 1, which I’m still in the early pages of but which I’m already very much enjoying; he has a remarkable descriptive ability, and it’s very easy to put yourself into his perspective.

On a related note, Goodreads tells me that I’ve read 27 of the 30 books I’d hoped to get through by year’s end, so that’s nice.  I must say that my new morning/evening commute makes for an excellent reading opportunity.  I might even hit 40 books by year’s end, and considering that I’m turning 40 in December, well, that’s a nice little synchronicity that I’m happy to have.

4.  I know I don’t really talk much about personal stuff here, and that’s mostly on purpose, but I’d be remiss if I didn’t say that the move to the ‘burbs was one of the best choices my wife and I have ever made.  We’re very, very happy in our new home, and the kid loves it, and we’ve made some new friends already and are hoping to connect with some older friends soon enough, and it’s really a good thing all around.  Someday I’ll learn how to grill and then you’re all invited for a BBQ.