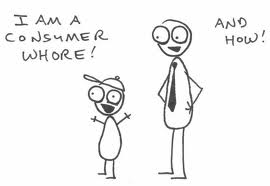 So on Tuesday, I spent $60 to digitally download Tomb Raider: Definitive Edition for my PS4.  As I’ve already played and beaten this game (to 100% completion) twice already on the PC, I was a bit apprehensive about why I had to buy it; if I’d only been willing to wait a few more days, I’d have received a rental copy early next week.

There are three reasons why I succumbed, as it turns out.  The first reason, as always, is that I am a consumer whore, and I cannot resist the temptation of instant gratification.  (Even if “instant gratification” in this particular case means waiting over an hour for the download to finish, and then (because the game is still familiar) playing through the beginning so quickly that I caught up with the download progress and had to turn it off for the night.)

The second reason is that, like most PS4 owners, I really, really want to play games on it.  Even if it’s a game that I’ve already played before where the only real difference is a number of substantial graphical improvements.  (Exhibit A:  Assassin’s Creed 4.)

The third and final reason is, perhaps, guilt?  Square-Enix came right out and called the original release a “failure”, even as it sold 3.5 million copies in its first month.  As I was already a Tomb Raider fan, and as I was also a big big fan of this reboot, I felt compelled to at least offer my support – again – in getting a sequel made.  I don’t know what else I can do, Square-Enix.

In any event:  I bought it, and I’ve played through a few hours of it, and for the most part I can say that I’m happy I bought it, even as the graphical enhancements are not as eye-popping as I’d hoped.

This is not to say it looks bad, of course.  I never played the original version on console, but on my PC it looked quite nice, and this enhanced version on the PS4 generally looks phenomenally better.  Most everything looks sharp and crisp and finely detailed; forests actually feel dense and, well, forest-y, with swaying foliage and trees and mists; Lara’s face is far more expressive and realistic.

Still, there’s some weirdness here and there.  In that opening gameplay sequence, where Lara is suspended upside down, the much-vaunted TressFX has her ponytail hanging upside down, but her bangs remain right-side up; when Lara crouches in crawlspaces with her torch, the fire against the roof is still a 2D sprite; when Lara moves through water, the water still ripples oddly and unconvincingly; the deer that you hunt still look… weird.  These are very small nitpicks, to be sure, but the whole point of this “Definitive Edition” was that the graphics were redone, and as I’ve already played the hell out of this game I can’t help but look at the small stuff this time around.

The game is still great, I’m happy to say, and I’m also still impressed by the PS4 controller.  I know I keep bringing it up, but you gotta understand – I hated the Dualshock 3 almost as much as I loved the Xbox360 controller.  My only gripe is that I keep forgetting how the face buttons are configured, which means I usually fail the game’s quicktime events the first time around.  That aside, the game works just fine, especially where combat is concerned, and so now I am really getting excited for Uncharted 4.

As far as Operation Backlog is concerned, I have spent the last week or so slowly playing through XCOM Enemy Within, which feels a bit like a “remix” rather than a full expansion.

I am playing it on Easy, because I’m a grown-ass man and I can do whatever I want; but also because I’m still terribly intimidated by the game.  I try as hard as I can to not make any mistakes, because the game absolutely beats the shit out of you if you do, and so every mission is very stressful and tense and I’m kinda just creeping along, desperate to stay in cover, trying to remember which of my squad are holding the medkits just in case.

I have not gotten far enough into the game to get into the “Meld” business – I’ve only done the first 5 or 6 missions, and I’ve got quite a stockpile of the stuff, but I don’t think I’ve yet built the requisite facilities to work with it.  It may take some time, really, as my play sessions only tend to last for one mission (and then the requisite post-mission housekeeping).  I can only take so much stress, people.