Here’s hoping you all had a lovely holiday; we certainly did.  Lovely extended family hang time, minimal traffic, and then we got home and did our holiday decorating.  Life is good.  Even though I’m turning 40 in just over a week. 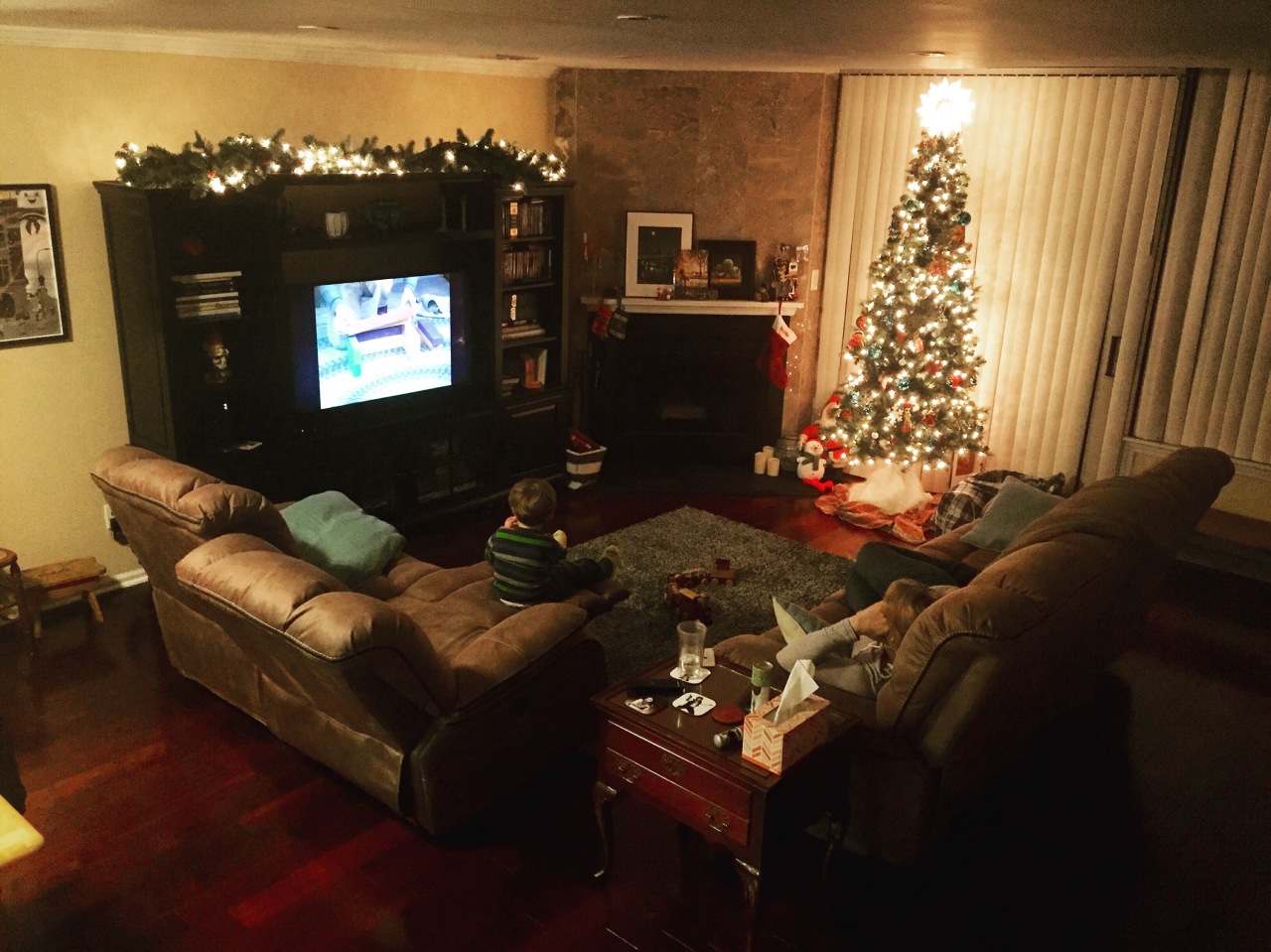 1. As of this morning’s commute, I am 76% into City On Fire, which I am very much enjoying after somewhat of a slow start.  All of the disparate narrative arcs and character threads are suddenly converging with extreme haste, and I feel like I could probably knock out the remaining ~200 pages in an hour or so (if I could find an hour to spare).  I may have said this before, but it bears repeating in any case – for a 900+ page book, City on Fire is paced incredibly well; you don’t often think of these sorts of massive tomes as “page-turners”, but, well, there you go.

I won’t be finalizing my Books Of the Year posts until I finish this one, especially given that it’s got some of my favorite sentences tucked away in its corners.

2. I’m a few more hours into Fallout 4 and my disappointment grows with each step I take.  As my available gaming time shrinks over the next few weeks (my wife and I have been devouring Jessica Jones of late, which is excellent; I’ve also gotta get my ass in gear and start finishing this album), I find myself becoming less and less forgiving of games that make me feel like I’m wasting time, and unfortunately that’s where I kinda am as far as FO4 is concerned.

I will concede that this might be my fault, somehow.  That my expectations for a Bethesda open-world RPG on new hardware might have been asking too much; similarly, it could be that my recent experiences playing other open-world RPGs like Witcher 3 – and also having just finished the finely polished Rise of the Tomb Raider – might have influenced my thinking and judgment.

Still, though, there’s something somewhat… hmm… amateurish about Fallout 4.  It’s ugly, it’s buggy, it doesn’t explain itself well (even when it’s tutorializing), and its UI is fucking horrendous.

I recall reading something, somewhere (it might have been this?), about how Bethesda’s teams are small on purpose, that they are willing to sacrifice certain things (bug squashing, graphical fidelity, etc.) in order to better focus on other things (atmosphere, narrative, etc.).   I suppose that’s admirable in certain respects.  But it doesn’t make me less inclined to give it the benefit of the doubt.  Again – I know I’m repeating myself here – I’ve spent hundreds upon hundreds of hours playing Bethesda games, and there’s a certain amount of jank that I know I should be expecting when I play these things.  But I’m finding the lack of polish more and more distracting, and it makes the stuff I do like that much more frustrating.  I want to explore – Bethesda still creates that feeling, that yearning to see what’s behind the next corner, better than anybody else – but I don’t want to be miserable while I’m doing it.

3. The irony in my disappointment about Fallout 4 is that I’m now finding myself really, really, really wanting to play Just Cause 3.  For all the times I’ve whined about how tired I’m getting of having to kill things in order to advance, I’m finding myself in the perverse position of sitting on my gaming couch and, more than anything else, wanting to explode the shit out of everything I possibly can, and JC3 would appear to be the answer to this desire.  As of this moment – 1:30pm – there aren’t any reviews out that I’ve seen, though the early scuttlebutt on Twitter is that there are some atrociously awful loading times.  This isn’t necessarily a dealbreaker, though, as long as it’s the sort of thing that can get patched quickly.

One thought on “The Post-Turkey Blues”